Neuro-Linguistic Programming was developed by Richard Bandler and John Grinder in the early 1970s. They developed a system that helps you to understand the interaction between how the mind works and your behaviour. The term ‘Neuro’ represents the idea that each individual has established an initial mental map of the world, which is developed by the way information is perceived through images, sounds, tactile stimulation, tastes, and smells. The term ‘linguistic’ represents how you assign your own meaning to the information you receive. You form a second mental map, or linguistic map, by assigning language to everything that you see, taste, hear, touch, and smell. The programming is your resulting behavioural response to the information that has been filtered and interpreted through your neurological map and your linguistic map. A Neuro-Linguistic Programming practioner is trained to assess and effectively meet your needs by using your model of the world. Therefore, you feel truly understood, which makes changes in your behaviour and lifestyle much easier to achieve.

Coach Lori Kay is a member of ANLP international.

Receive enlightening tips for dealing with the ups and downs of daily life. Always affirmative, Dr. Lori's advice give you constructive and encouraging methods to cope with problems and issues. 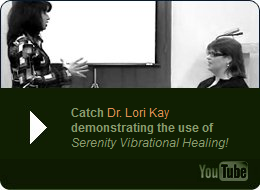